The PressureTech Pt8 radon fan is a revolutionary fan for those problem houses that need that little extra suction. With the unmatched DC motor this radon fan is a low voltage fan with unmatched performance in its class.

With PressureTech’s introduction of the PT8 Radon Fan, the radon industry has finally turned the corner into modern-day technology! The PT8 was designed with two things in mind: unmatched performance and unmatched energy efficiency. Thanks to recent developments in DC motor technology, PressureTech has been able to create an in-line fan that is capable of achieving OVER 8 INCHES OF SUCTION while using only 60 watts of power! The motor is also low voltage, so wiring the fan doesn’t require a licensed electrician or permit in most jurisdictions. The PT8 is ultra-quiet, efficient, and extremely effective at more than doubling the pressure field extension (PFE) you achieve below the slab, compared to the other “high suction” radon fans that are on the market. 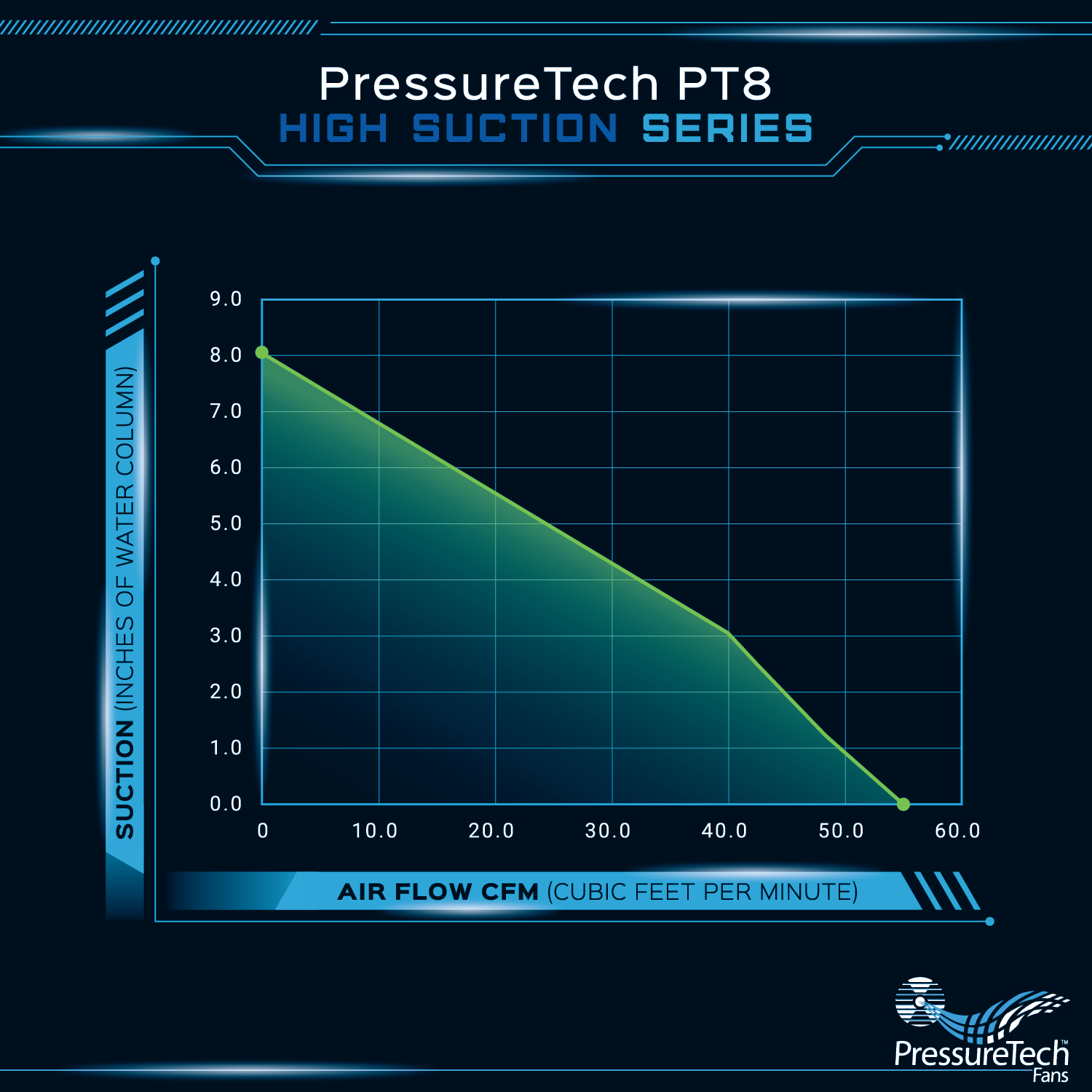