The PT16 Radon Mitigation Fan is another PressureTech high suction radon fan that we wanted to introduce to the mitigation market. With 16 inches of suction this fan is great for problem houses.

PressureTech has taken “high suction” to another level by introducing the PT16 radon mitigation / vapor intrusion fan. With static pressure capabilities over 16 inches of water column, this compact in-line fan outperforms loud, bulky box fans that are commonly used for commercial radon mitigation and vapor intrusion projects. The PT16 radon fan has many advantages over other fans thanks to the revolutionary DC motor technology that PressureTech has introduced.

Direct Current (DC) motors are capable of much higher speeds and run more efficiently than traditional fan motors. The result is higher suction, higher airflow, and lower electrical consumption. By using less electricity, these PressureTech radon fans save your clients money in operating costs and will outlast traditional motors that tend to burn out much sooner due to excessive heat. Because of lower electrical consumption than Alternating Current (AC) motors, DC motors run at much lower temperatures which extends the running life up to 5 times longer. 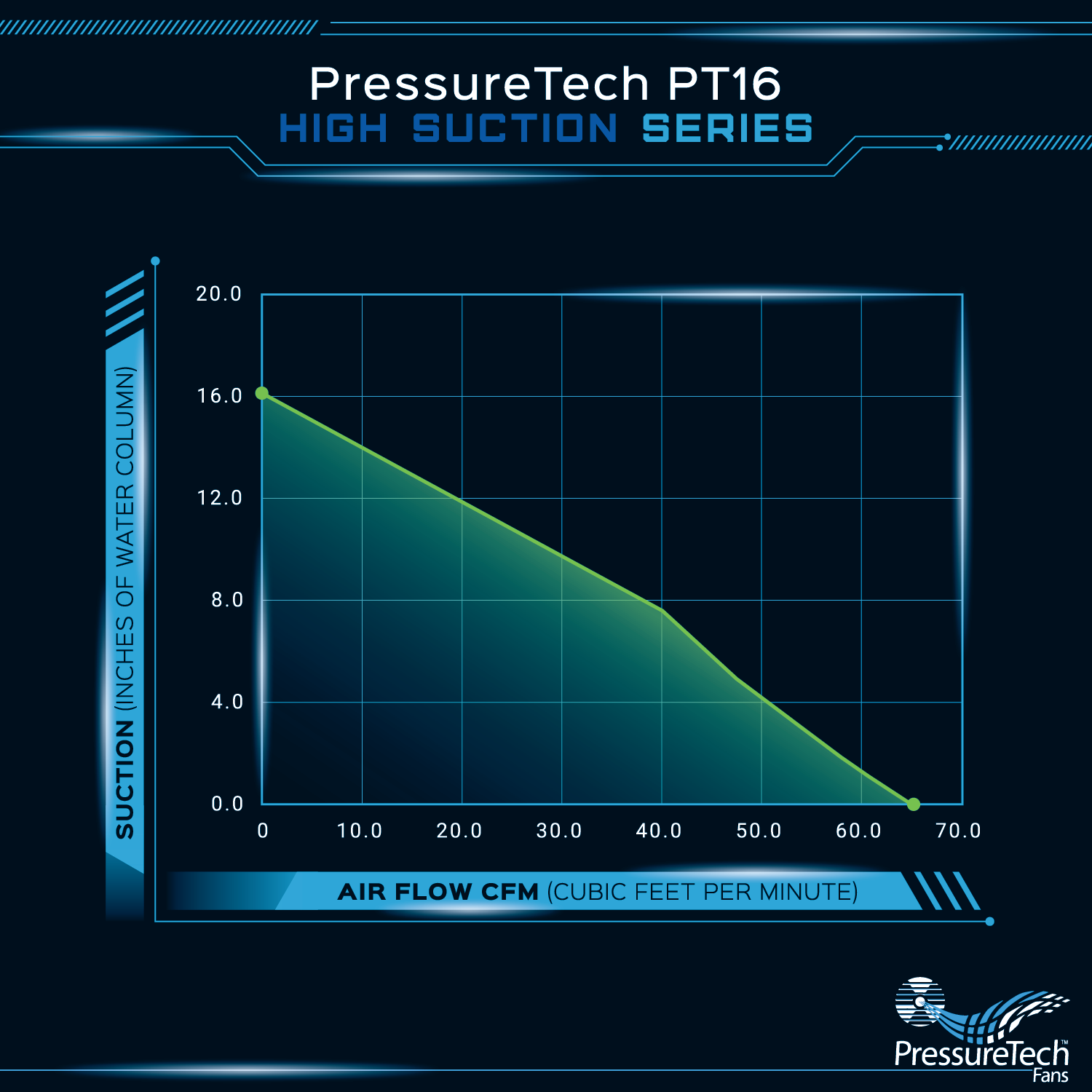